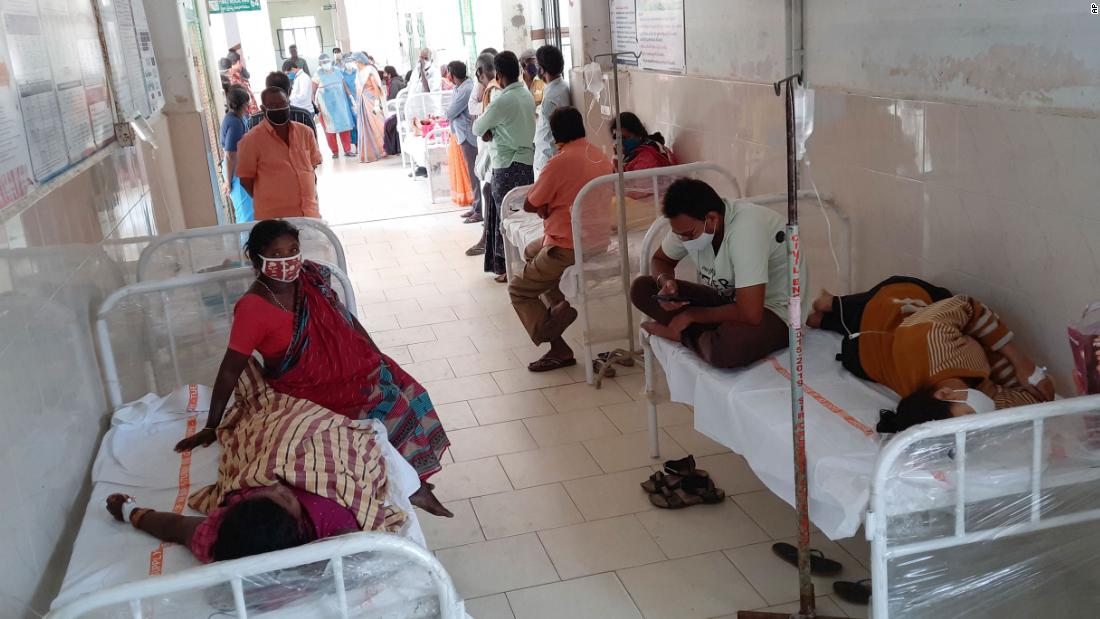 More than 500 people have been hospitalized for an unidentified illness in southeastern India, according to Dolla Joshi Roy, the district surveillance officer of Eluru’s West Godavari District. Patients reported a range of symptoms including seizures, loss of consciousness and some nausea over the weekend, Roy said.

“Similarly, Indian Institute of Chemical Technology (IICT) is also running tests and the results are awaited,” Reddy’s office said in a statement.

The AIIMS team in Delhi tested 10 blood samples and found lead and nickel traces, according to Katamneni Bhaskar, the Commissioner of Health and Family Welfare from the Government of Andhra Pradesh. Twenty more samples are being sent from Andhra Pradesh to Delhi, and milk samples are also being tested.

Water samples tested by AIIMS in Delhi did not find traces of lead and nickel, Bhaskar told CNN.

Of the 505 people to have been hospitalized, 300 people have been discharged and one person has died, Roy said on Tuesday.

“The Public Health personnel and other department staff should also probe the issue deeply and find out the reasons for the illness,” Reddy said.

This comes as India continues to battle the Covid-19 pandemic, with the world’s second-highest number of infections. Andhra Pradesh is one of the country’s worst-affected states.