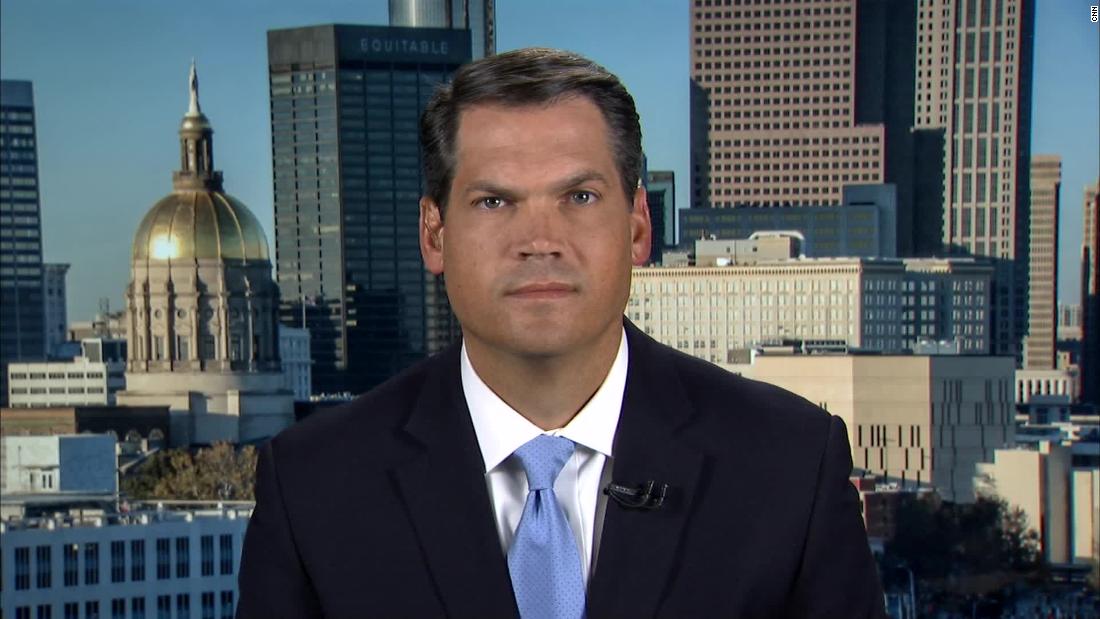 “This is really the fallout from the 10 weeks of misinformation that flew in from former President Donald Trump,” Georgia Lt. Gov. Geoff Duncan said on CNN’s “New Day.” “I went back over the weekend to really look at where this really started to gain momentum in the legislature, and it was when Rudy Giuliani showed up in a couple of committee rooms and spent hours spreading misinformation and sowing doubt across, you know, hours of testimony.”

Duncan’s remarks highlight the continuing aftermath from a pair of appearances Giuliani made before Georgia state lawmakers in December when he was serving on Trump’s legal team. Giuliani tried, unsuccessfully, to convince legislators to convene a special session to overturn Joe Biden’s victory in the state. In addition to building momentum for new voting restrictions, Giuliani’s appearances have also piqued the interest of Fulton County District Attorney Fani Willis, who is investigating Trump’s efforts to influence Georgia’s election results.

Giuliani did not immediately respond to a request for comment in response to Duncan’s remarks. But during his December testimony, Giuliani falsely claimed that thousands of dead people voted in the Georgia election, insisted that voting machines had changed people’s votes and suggested thousands of others had voted illegally.

“Those machines are like Swiss cheese. You can invade them. You can get in them. You can change the vote,” Giuliani incorrectly told state legislators on December 30.

Giuliani also took aim at Republican Secretary of State Brad Raffensperger — who refused to assist Trump in his efforts to overturn the election — saying, “your secretary of state is engaged in what I consider an unlawful cover up.”

There’s no evidence to support Giuliani’s claims. Officials in Georgia counted the ballots three times, each time reaffirming that Biden won the state during the presidential election.

But those remarks still managed to gain traction with GOP state lawmakers, who passed a package of election reforms that imposed new voter identification requirements for absentee ballots, limited the use of ballot drop boxes and made it a crime to approach voters with food and water while they wait in line. The bill also removed the secretary of state as chairman and a voting member of the Georgia State Election Board and gave state lawmakers more control over elections.

Georgia GOP officials who helped thwart Trump’s efforts to overturn Georgia’s election results have supported some components of the new legislation while panning other aspects of it, particularly the efforts to rein in the secretary of state’s authorities.

“The secretary of state did a great job. I think that was one of the parts, too, that concerned me about the final passage of the law, which ultimately was a culmination of Democratic and Republican ideas,” Duncan told CNN.

“But some of the punitive, you know, responses to taking Raffensperger off that elections board was just trying to tip their hat to Donald Trump, and I just didn’t think that was a necessary step.”

As for Giuliani, he is likely to face additional scrutiny from the Atlanta-area district attorney. While the crux of Willis’ investigation is Trump’s efforts to meddle in the state’s election, she is also examining Trump allies who may have assisted him in those efforts. One area Willis is exploring: whether Giuliani may have violated the law by making false statements in front of the state legislature, according to a person familiar with the investigation.

Willis is also expected to request additional information from Duncan, who received a document preservation request from her office earlier this year. The request noted that no Georgia officials are expected to be targets of her investigation.